Presentation: Trani is a pearl lying by the Adriatic Sea, today a genuine and quiet village (the old town hasn’t been invaded by souvenir shops yet), it was for a few centuries the main administrative centre of the area called Terra di Bari. Two majestic divinities have ruled the cultural dynamics of this town since the dawn of its history: Sea and Law. The former made Trani a cultural and commercial hub thanks to its small port, the latter allowed the town to host the seat of important juridical institutions. Sea and Law met and found their highest moment during the 11th century, when the oldest medieval maritime law code of the Mediterranean Sea, the so called Ordinamenta Maris, was promulgated in Trani.
Itinerary: in the usual itinerary we start with a look at the Castle from the outside: a defensive fortress built by the will of Emperor Frederick II of Hohenstaufen. Then we visit, from the outside and from the inside, the symbol of the town, the Romanesque Cathedral dedicated to St. Nicholas the Pilgrim. The following step is a stroll in the old Jewish Quarter with an external visit of the two surviving synagogues and then, as a sweet end, a little bit of free time by the port, where you can sit for a coffee in one of the several bars, walk by the port with picturesque boats or possibly have a look at the fish market.
Price: € 130.
Not included in the price: in the basic itinerary there are no entrance fees, just an online reservation to enter the Cathedral, which I can make. In case of interest, guests can visit, with an entrance fee, the Castle (3€), the Museum of Jewish History (3€), the Diocesan Museum and Writing Machine Museum. With an offer, you can also visit Scolanova Synagogue. 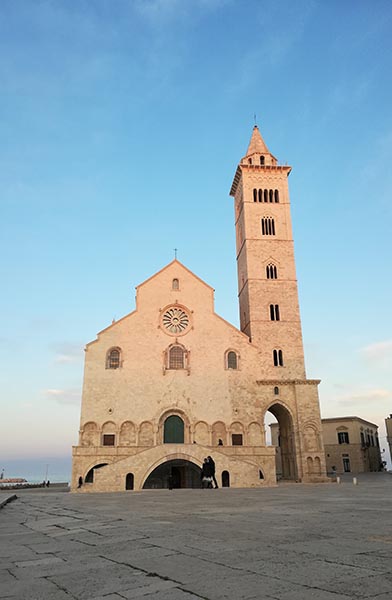 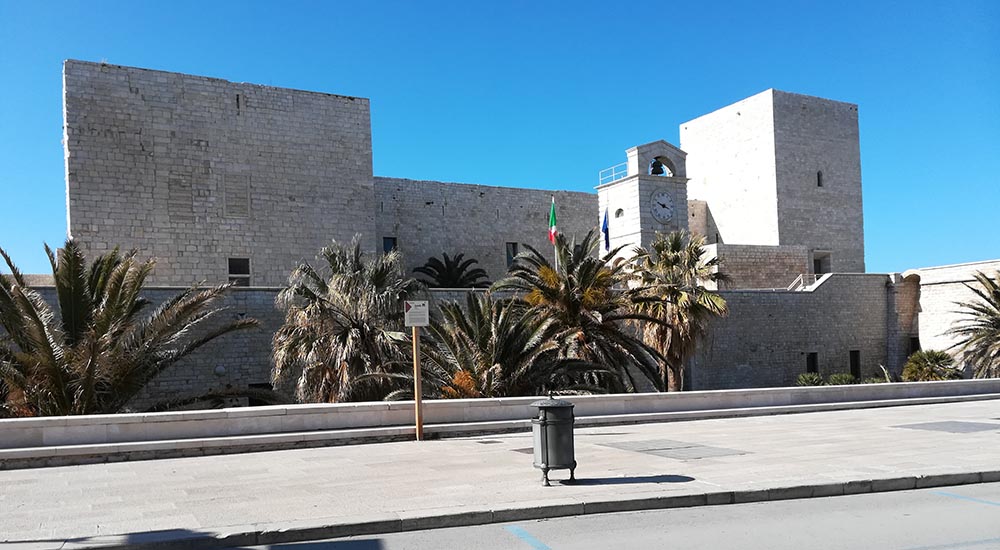